Why a year dedicated to Josep Maria Jujol?

Despite the creative genius and the extraordinary artistic legacy of Josep Maria Jujol, the figure of the modernist architect is not recognized enough. The celebration of the Jujol 140 Year aims to contribute to the dissemination of his work and scientific recognition international of a unique figure of modernism. 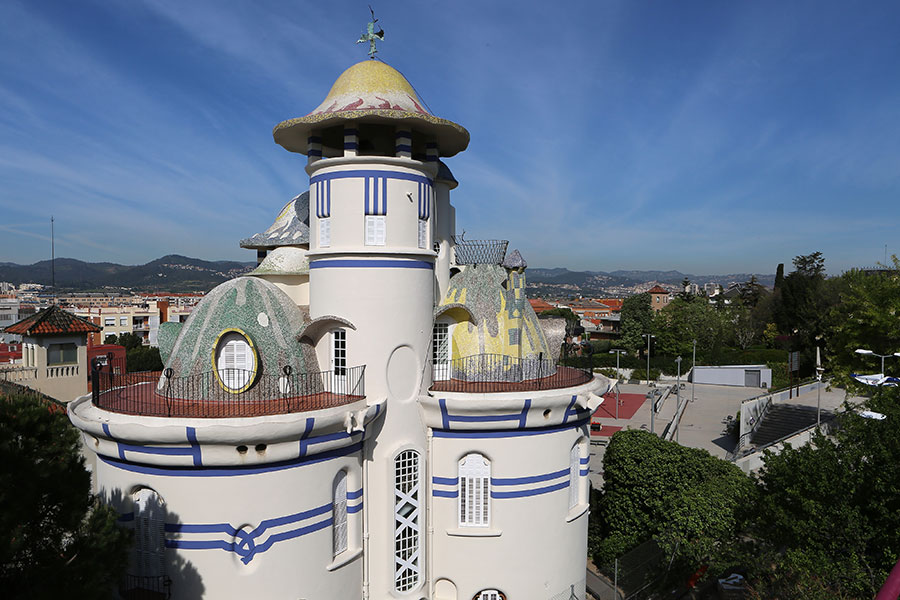 Josep Maria Jujol (Tarragona, 1879 – Barcelona, 1949) was a professor at the School of Architecture of Barcelona and municipal architect of Sant Joan Despí. He is considered a total artist because he was able to master architecture imposing a new style and applying it to techniques excellency, such as the trencadís, the sgraffito, the sculpture, the drawing or the paint. Thus, besides an architect, Jujol was also decorator, painter, sculptor, furniture designer, altars, bottles, ceramic pavements, religious images, tombstones or shields of trade unions.

The architectural work of Jujol is characterized for the simplicity of its media contrasted with his originality. He was an architect closely linked to the forms of nature and the landscape of the territory where he performed his works. The quality of his works becomes out of all conventionalism.

At the same time, his influence is very present in the collaborations with architects of the era such as Antoni Maria Gallissà, Josep Font i Gumà or Antoni Gaudí. At La Pedrera – he designed the wrought iron railings on the facade and the ceilings and columns on the main floor – in the Park Güell – the corrugated bench and the roofs of the hypostyle room – at the Casa Batlló – coating works of the facade based on trencadís-, in the Sagrada Família, Colonia Güell or Bellesguard.